The University of Montevallo will be honoring the memory of alumna Rebecca Luker by naming the stage in its new Center for the Arts after her. 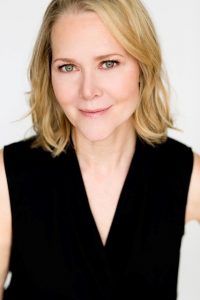 A vocal performance major at UM, Luker was previously awarded an honorary doctorate from UM, and appeared in many Broadway musicals such as “The Phantom of the Opera,” “The Secret Garden” and “Show Boat.” She earned multiple Tony Award nominations for her roles in “The Music Man,” “Show Boat” and “Mary Poppins.”

Luker remained actively involved with UM throughout her life, and was excited to see the Center for the Arts become a reality.

“Rebecca was the quintessential example of the excellent tradition of performing arts in the University of Montevallo family. In many ways, she was larger than life to us, but also humble and lovely inside and out,” said Dr. John W. Stewart III, UM president. “We will always cherish her memory, and she will inspire future students and performances on our campus for generations.”

An anonymous donor has also stepped up to provide a $50,000 match to establish the Rebecca Luker Scholarship for UM theatre students. Any donations made toward the match will help to endow the scholarship, allowing it to make an impact in students’ lives for years to come.

Anyone interested in making a donation to support the scholarship should contact the UM Office of Advancement at giving@montevallo.edu or 205-665-6215.