During this year’s Homecoming celebration in mid-March, themed We’re All in This Together, held virtually due to the COVID-19 pandemic, the UM National Alumni Association recognized three alumni for their success and contributions to the community. The honorees received their awards during the virtual UMNAA Awards Presentation on Friday, March 12, and were honored during the virtual UMNAA Homecoming Recognition the following day.

The Saturday event also served as the UMNAA’s annual business meeting and included the installation of the association’s new directors and recognition of retiring members. 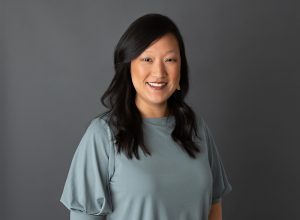 Kelly Curry ’08 is the recipient of the 2021 Nathalie Molton Gibbons Young Achiever’s Award, which is given annually to an alumnus age 35 or younger whose career and community contributions have reflected positively at the local, state or national level.

Curry is a child family therapist, maternity supervisor and reunification counselor at Agape of Central Alabama, where she works to create positive long-term outcomes for vulnerable children by matching them with foster and adoptive families.

“Kelly has used every ounce of her degree from Montevallo, coupled with a master’s degree, to literally change the world for hundreds of people in a way that will be felt for generations to come,” Reagan Denson ’03 wrote in a letter supporting Curry’s nomination for the award. “Kelly, herself being of South Korean descent, was adopted as an infant and brought home to the U.S. Since I have known her, she has been very clear that what she wanted to do was work in international adoption and help children, just like herself, to find those loving forever homes.”

Curry has also been heavily involved in several community organizations. She currently serves on the Mtendere Village U.S. Board of Directors, the Alabama Conference of Social Work Constitution and By-Laws Committee, The University of Alabama School of Social Work’s International Programs Advisory Task Group and is an alumna advisor for the Chi Omega sorority. She also previously served on the UMNAA Junior Board of Directors.

Curry lives in Hoover with her husband, Lance Curry ’07, and their daughter, Ella. 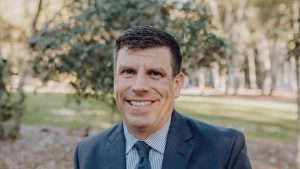 Keith Shoemaker ’98 of Atlanta is the recipient of the 2021 Nathalie Molton Gibbons Alumni Achievement Award.

Shoemaker is the commodity manager for inflight branded snacks and beverages with Delta Airlines, where he is responsible for the sourcing and procurement of all of the airline’s onboard branded snack and beverage products. He has worked in the airline industry for the past 18 years with companies such as Southwest Airlines, Delta and Airtran, primarily in food, beverage and catering management roles.

Since earning a bachelor’s degree in social science from UM, Shoemaker has been actively involved in supporting the University and its students and has given back to the community in multiple ways. Among these, he served UM as president of the UMNAA Junior Board, as vice president of alumni services on the UMNAA Board and as a leader of the Atlanta-Area Alumni Club.

“Keith is an exceptional candidate for this award, as he has excelled in his career and is constantly finding new ways to give back to the community,” Dr. Jefferson Walker ’08 wrote in a letter supporting Shoemaker’s nomination for the award. “Keith has supported numerous community and campus organizations. He always gives generously to my nonprofit theatre company, Brick by Brick Arts. I know that he has also donated and devoted time to the Gold Side’s annual alumni brunch, the Junior Board’s spring soirée and numerous other events. Keith’s record of service also includes a long stint as a member of the UMNAA Board of Directors.”

He was a member of the Alpha Kappa Lambda fraternity at UM and served on the fraternity’s National Executive Council after graduation.

In 2019, Shoemaker and his husband, Chris Cooper, established the LGBTQ+ Inclusiveness and Social Activism Endowed Scholarship at UM which aims to help further the University’s culture of acceptance and inclusivity. 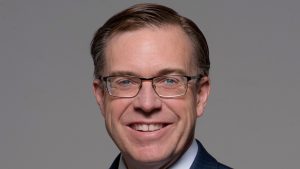 Timothy Lupinacci ’88 is the recipient of the 2021 Distinguished Alumnus Award, which is the UM National Alumni Association’s highest annual honor.

Lupinacci, a resident of Vestavia Hills, is a member of the University’s Board of Trustees and has practiced law in Birmingham for nearly three decades. He is the chairman and chief executive officer of the Baker Donelson law firm in Birmingham where he primarily focuses on helping financial institutions solve complex issues related to health care defaults, bankruptcy and restructuring.

Throughout his career, Lupinacci has made a significant difference in UM students’ lives and in the community.

Lupinacci and his wife, Ellen McElwee Lupinacci ’88, M.Ed. ’89, are active UM alumni. They have donated both their time and financial resources to support student scholarships.

“My education was made possible by individuals like Mr. Lupinacci,” said Abby Rivers ’16, the recipient of the Tim and Ellen Lupinacci Scholarship during her time as a UM student. He inspires me to be a better alumna and to always strive to give back.”

Lupinacci has consistently been recognized as one of the top attorneys in the state and region during his career. He is a Fellow in the American College of Bankruptcy and has been listed in Chambers USA:  America’s Leading Business Lawyers in Bankruptcy and Restructuring since 2009.  He earned Best Lawyers’ 2015 Birmingham Bankruptcy Litigation Lawyer of the Year award, has been named to Birmingham Magazine’s Birmingham’s Top Attorneys list three times and has made the Mid-South Super Lawyers list every year since 2008, among numerous other professional accolades.

The Department of Athletics hosted the 2021 Hall of Fame induction ceremony June 12 in Trustmark Arena in the McChesney Student Activity Center honoring former Falcons who made a lasting impact, whether from athletic accomplishment or meritorious service. The 11-member Montevallo Athletics Hall of Fame committee was tasked with selecting some of the best individuals […]