After serving as interim provost and vice president of Academic Affairs at the University of Montevallo since January, Dr. Courtney Bentley has been officially named to the position.

The announcement was made Aug. 17 at the Faculty Convocation meeting at the Center for the Arts.

Her position is effective Sept. 1. 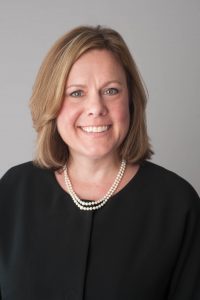 “During the last year, Dr. Bentley served extremely well as our interim provost and vice president of Academic Affairs,” said Dr. John Stewart, University of Montevallo president. “She went about her work with such devotion, care and thoughtfulness that it became clear to me that we could not hope to find someone else of her caliber to serve as our academic leader on campus. I’m really pleased with our selection.”

Before becoming interim provost and vice president of Academic Affairs, Bentley was UM’s dean of the College of Education and Human Development, a position that Dr. Donna Ploessl is now serving in as interim.

“I am deeply honored and humbled to be named provost and vice president of Academic Affairs for the University of Montevallo,” Bentley said. “I believe the strength of the University’s premiere academic programs are grounded in our liberal arts identity and I look forward to building on these traditions to embrace challenges and celebrate success as we move forward.”

In addition to her experience as CEHD dean, Bentley served as associate dean for the School of Education at The University of Alabama at Birmingham and director of the Malone Center for Excellence in Teaching at the University of Montevallo, held faculty positions at the University of Central Florida and Troy University and taught in and worked with P-12 schools and other educational agencies to support equitable learning opportunities for children, youth and adult learners.

This involvement in rural, suburban and urban environments provided her with unique opportunities to observe how students from diverse backgrounds and communities learn most effectively. These combined experiences informed Bentley’s commitment to increasing equitable opportunities, improving educational outcomes and seeking social justice for underserved communities.

Bentley currently serves as immediate past president of the Alabama Association of Colleges for Teacher Education and co-chair of the Advancing Multicultural Learning Committee of the National Association for Multicultural Education.

She holds an Ed.D. in curriculum and teaching from Teachers College, Columbia University, a master’s degree from North Carolina Agricultural and Technical State University and a bachelor’s degree from Auburn University.