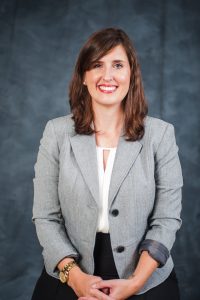 Many of us currently have Thanksgiving and Christmas plans on our minds. But this year, Alabamians have one really important civic duty to tend to on Dec. 12 – a special election for one of our two U.S. Senate seats.

For those of you who are wondering why we’re heading to the polls in December, here’s a brief refresher:  When Jeff Sessions was appointed U.S. attorney general, he was required to give up his Senate seat.  Former Gov. Robert Bentley appointed Luther Strange to fill the remainder of Jeff Session’s term, which is up in 2020.

This decision was a governor’s prerogative – they can choose to either appoint someone to fill the seat or call a special election.  After Bentley’s resignation, our Lieutenant Governor-turned-Governor Kay Ivey opted to call a special election, partially because the specter of Luther Strange’s appointment was hanging over the office.

Remember, Luther Strange was the Alabama attorney general responsible for the initial investigation into Bentley, which he put on hold just prior to being appointed to the U.S. Senate.  If you think about it, we’re actually lucky we get to go to the polls in December rather than having to wait until November of 2020.

So, why should we care about the U.S. Senate?  Three reasons.

First, when the founding fathers created the Senate, the plan was for it to be the more deliberative, slow-moving body.  In contrast, the seats in the U.S. House of Representatives turn over every two years, making those representatives subject to the whims of the masses. The election of Senators every six years is intended to make them the more stable law-making body.  Whoever wins the election will serve out the remainder of Sessions’ term, which means he will be your Senator until at least 2020.

Second, once someone is elected to the U.S. Senate, the re-election rate is roughly 91 percent.  Generally speaking, unless a Senator retires or resigns to run for president, he will most likely serve out the rest of his days as your U.S. Senator.  Take, for instance, Richard Shelby.  He was first elected in 1986, and shows no sign of slowing down.

Third, in the Senate, seniority is impactful for committee memberships and the ability to navigate the complex rules of the Senate. As I tell my students in classes at UM,  it is important to think long term when you head to the voting booth – who do you want making decisions for Alabama for the foreseeable future?

If you are unsure of where to vote, go online to find out.

Will you be out of the county/state/country on Dec. 12? Follow this link to complete the absentee voting ballot.  The best way to absentee vote is to print off the ballot and hand-deliver it to your absentee voting official.  Their information is also available on this site.

Many feel that in today’s brand of politics, their voice doesn’t matter, but I would argue the opposite.  Your voice matters.  You can and do have a say in who represents you in Washington.  You may not win every time, but it’s getting out there that matters.

What veterans need to know about higher education

By Amanda Fox, registrar & interim coordinator of veteran affairs Guest Column, published July 4, 2018 in the Shelby County Reporter Veterans have the most sought-after skills employers value including leadership, management, problem solving, logistics, strategic thinking and teamwork, to name a few. If your occupational pursuit after service requires you to go to college, here […]

By Dr. Susan Caplow, assistant professor & coordinator of environmental studies  Guest Column, published April 18, 2018 in the Shelby County Reporter  As an environmental studies professor, the number one question I get from students and community members is, “how can I best help the environment?” A lot of people are interested in treading more […]

The rules of the digital road: What parents and teachers need to know about kids & smart phones

By Dr. Jennifer-Alexiou Ray, associate professor secondary education/program coordinator of technology & leadership programs  As adults, mobile devices are something we use for work, communication and entertainment. Many people wouldn’t consider leaving the house without their smartphone because it is their calendar, GPS, social networking hub, weather forecaster, personal digital assistant and the list goes […]