When Mary Light interned with U.S. Rep. Martha Roby, one of her favorite aspects of the job was her morning routine. She would get up at 5 a.m., walk down to the D.C. metro, grab a quick breakfast and coffee and head into the city. It was a lifestyle she wasn’t familiar with at home in Enterprise, Alabama, but she grew to love the constant  hustle and bustle of the nation’s capital. 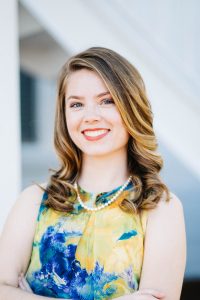 “Knowing that you’re in an important place where important decisions are being made is really awe inspiring and humbling,” said Light.

Light, a double communication studies and political science major, said she has always harbored a deep interest in how and why these decisions are made.

As a child, it was personal. Her father spent a number of years deployed overseas in the Army, his ability to communicate back home minimal.

The Light family watched the news and ongoing political discourse carefully to keep up with where he was and what was happening there.

“That relationship between government decisions and where the boots hit the ground directly impacted our family,” she explained.

As Light grew older, she sought out experiences in the political realm. Throughout middle and high school, she spent time on the floor of the Alabama State Senate with Sen. Jimmy Holley as one his pages.

Though she was active and involved with plenty of extracurriculars, Light said she began to feel academically unmotivated when it was time to begin the college application process. She felt she would be lost at the larger state schools and her dream colleges were too expensive and too far from home.

Fortunately, her father spotted the solution on a billboard while driving home on-interstate-65 one day: the University of Montevallo.

After one visit, Light was instantly smitten with Montevallo’s natural beauty, history and unique traditions. She enrolled with a renewed sense of optimism toward what higher education could offer.

As she attended classes, she was struck by the level of personal investment the UM faculty seemed to take in students.

“They’re not just out to increase their numbers or their scores,” said Light. “They’re out to promote you as a person and develop your experience here.”

With her academic ambition reinvigorated, Light threw herself into her studies at UM, especially her COMS 101 course with Dr. Sherry Ford. Early in the class, Ford tasked the students with writing a speech about their major and how they planned to make a career out of it.

After years of political engagement, Light knew she wanted to become a communications director for a politician, and she took the assignment seriously.

So seriously, in fact, that rather than merely search online for sources, Light called the district office of U.S. Rep. Martha Roby for answers. She managed to interview Todd Stacy, Roby’s communications director at the time.

This chat not only gave Light excellent info for her speech, but a memorable contact within the office that she later used to land the Congressional internship that gave her a true taste of life in the heart of D.C. 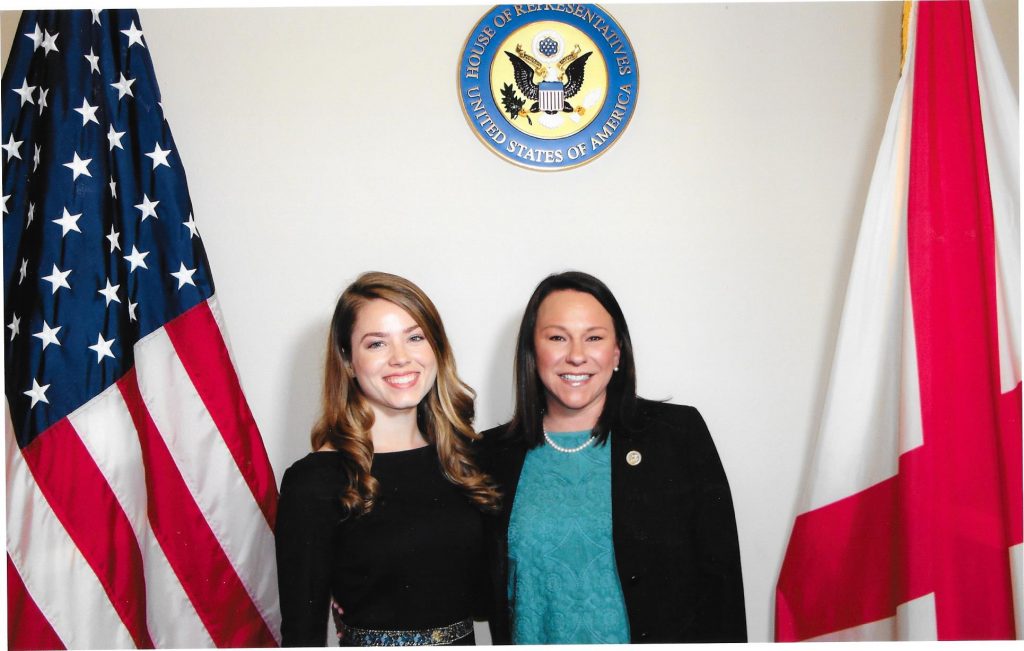 While there, Light wrote press releases, practiced speech writing and even pitched a policy proposal to increase funding for technology that would help fight online sex trafficking.

Now, Light is the newly elected UM Student Trustee and was recently recognized by the Department of Communication with the Community Engagement and Civic Service Award.

She’s interned with the Department of Veterans Affairs, The Commonwealth’s Attorney of Page County in Luray, Virginia and served leadership roles on campus in the Student Government Association and Chi Omega sorority.

As she continues to progress, Light reflects on Montevallo as the place where her success started.

“I think the environment reflects the learning environment too. You can tell just by walking on this campus that it’s different. It’s this balance of tradition and newness that when it comes together, it just makes that Montevallo experience,” said Light.