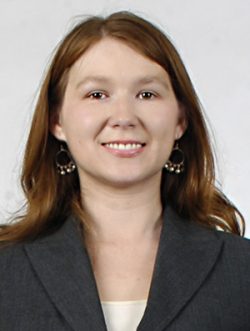 Amanda Fox has been named registrar at the University of Montevallo. Fox has worked for UM for more than 13 years, most recently as the Director of Student Success and Coordinator of Veteran Affairs.

Fox has progressively taken on more responsibility in her tenure at UM. Prior to her role as director of student success, Fox worked in the Registrar’s Office for six years, first as assistant registrar of student records system management and then as associate registrar.

She brings to the role of registrar a great deal of experience working with students, transcripts and degree evaluations. As an alumna of the University, she also possesses considerable institutional knowledge.

“UM and her students are important to me and I am honored to be able to serve as registrar. I look forward to being involved more than ever in our students’ paths to completion!” said Fox.

The University of Montevallo has been designated as a 2022-2023 Military Spouse Friendly School for creating sustainable and meaningful education paths for military spouses. This honor comes just three months after UM was named a Military Friendly School for both the 2021-2022 and 2022-2023 cycles – a designation UM has received numerous times in previous […]

Building back stronger than ever after weathering a pandemic that diminished the programs’ numbers by more than half, the University of Montevallo TRIO Upward Bound Programs is hosting a Math and Science STEM Day at the Lund Hall quad and intramural fields on Thursday, June 16 from 8:30 a.m. to noon. The fun-filled event featuring […]