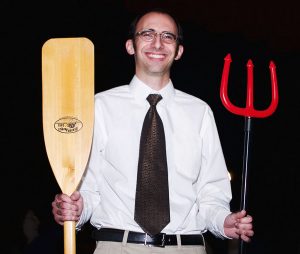 The 21st annual Life Raft Debate panelists will be:

The event sponsored by the Philosophy Club, will be held on Oct. 11 at 7 p.m. in Palmer Auditorium.

In the debate, the University imagines that the world has been nearly annihilated and that humanity can only carry one more person off to found the new world. The panelists argue that their discipline is the one that will best serve the fledgling society to be built. After lively debate and interaction, the audience (primarily students) votes and the winner climbs aboard the Life Raft as the losers, well, lose and drown.

Since its inception in 1998 by Professor Michael Patton, several universities including University of Buffalo, the College of William and Mary, University of Arkansas and University College Dublin have followed the idea and started their own annual life raft debates. UM’s Life Raft Debate was even featured on NPR’s This American Life in 2010. NPR recently re-aired the episode, which is available at: www.thisamericanlife.org/402/save-the-day (Life Raft Debate is featured in Act 2).