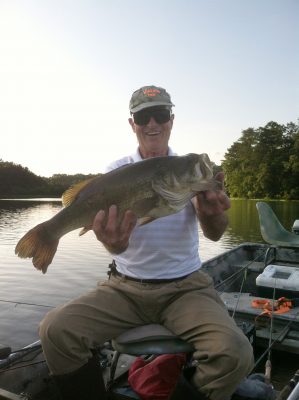 Troyce Brunson came to Alabama College in 1961 from Kingston, Alabama and met his late wife, Jolinda Saunders Brunson, while attending college together. Troyce attended the school from 1961-1963 before leaving school early to work with EBSCO Industries in Birmingham.

A longtime supporter of the University of Montevallo, Brunson recently established an annual scholarship in memory of his wife Jolinda ’65, who passed away in October 2014.

“Jolinda taught 5th grade at Hall Kent Elementary School in Homewood for 26 years. Jolinda’s love of teaching came shinning through to her students, the parents, her colleagues and anyone who had the incredible fortune of meeting her,” said Troyce. Named in her memory, the Jolinda Brunson Annual Scholarship awards $1,000 to a student in elementary education each year.

“Her compassionate and nurturing personality made her a perfect fit for the teaching profession. She loved each and every one of her students as if they were her own children,” Troyce said. “I, along with our two sons, Brandon and Nick, are very proud to fund this scholarship, in hopes that it will help others carry on the tradition of love and compassion Jolinda showed through her work as a teacher.”

During his 22 years with EBSCO Industries, Troyce helped build the company from nine to 250 employees. He went on to open his own companies, The Printing Press and The USA Envelope Company. In 1999, he bought Banner Press, which is now owned by his son Nicholas. The company has since been renamed Banner Digital Printing and Publishing, Inc.

When Troyce is not working alongside his son, his favorite hobby is competitive fishing. A world-class fisherman, he has fished in the Arctic and Antarctic regions. Brunson is a master fisherman in Canada and has fished in many countries in Central and South America, as well as New Zealand. He also enjoys riding his Honda Goldwing motorcycle and spending time with family. Troyce’s son, Nicholas, and his daughter-in-law, Erin, have a son, Brewer, and a daughter, Betsey Anna.

The University recently announced the public phase of its first-ever comprehensive fundraising campaign, The Campaign for the University of Montevallo: It’s About Family. A main priority of the multi-million dollar campaign is to develop scholarships and the student experience. The Brunson’s gift is an important campaign project that will provide scholarships and educational opportunities for Montevallo students.

Fore more information on giving to scholarships or The Campaign for the University of Montevallo: It’s About Family, please visit the campaign website at http://www.montevallo.edu/itsaboutfamily, or contact Gary Johnson, Comprehensive Campaign Director at 205-665-6217.