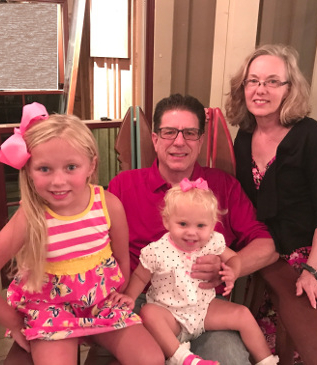 Nothing quite says “family” like the passing of a career from one generation to another. Here at Montevallo, we provide the courses and skills students need to follow in the footsteps of their predecessors. One alumnus understands this very well. Rodney Reynolds ’76 was able to pursue a career in the same field as his father thanks to his education here at Montevallo.

Rodney, currently a resident of Atlanta, earned his degree in accounting and went to work for the IRS, just as his father, a former Treasury Attaché, did before him. He worked his way up from internal auditor to revenue agent, before being appointed a special agent within the Criminal Investigation Division of the IRS for the Atlanta Field Office. He retired in 2006 after 28 years of public service.

Rodney had a pretty unconventional childhood. He lived abroad in Okinawa and the Philippines. While his father was working in Japan, Rodney attended high school at the American School in Tokyo. Upon returning to the United States, Rodney attended one semester at Prince George’s Community College in Maryland before joining his sister at the University of Montevallo. “I always say that I went from the largest city in the world to the smallest,” said Rodney about his transition to Montevallo after living in Tokyo.

While attending Montevallo, Rodney joined Alpha Kappa Psi, a business fraternity on campus, and he believes his relationships with his brothers helped him work well with others in his future jobs. Also while at Montevallo, Rodney met his wife, Connie ’77, who graduated with a Math degree. She was a software developer for AT&T/Bellsouth for 19 years and is currently an IT specialist for Delta Airlines in Atlanta. The pair married in May of 1976 and have one son, Greg, and two beautiful granddaughters (pictured above with Rodney and Connie during a recent family vacation).

The couple began making donations to the University shortly after Rodney’s retirement when they returned to campus for a short visit. “We saw how difficult it is for students to afford college today, and we wanted to help them have the same opportunities we did,” said Rodney. “We are happy to play even a small part in their college experience.”

Rodney encourages fellow alums to think back on their memories made at UM. “Consider how much your financial situation has changed since that time, and pay it forward as much as you can,” said Rodney.

Rodney and Connie help support the greatest needs of the University of Montevallo by making unrestricted annual gifts. Building annual giving is a priority for the Campaign for Montevallo: It’s About Family, a multi-million dollar comprehensive investment in the knowledge, expertise and values that Montevallo graduates take into their lives and into their professions. Unrestricted giving helps provide for the critical needs of students, coaches, faculty and staff.

Rodney and Connie look back now and realize how much more they have benefited from their time at Montevallo. They both excelled in careers that went beyond what their degrees prepared them for, and they attribute that to skills they learned both in and out of the classroom. For this reason, Rodney and Connie do not see their donations as charity. For them, it’s about contributing to the community and maintaining their loyalty to the University of Montevallo.