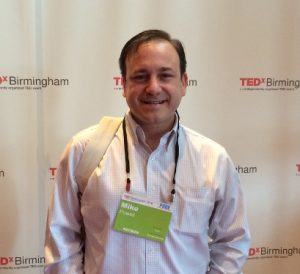 The University of Montevallo seeks to provide a well-balanced liberal arts education, while also offering a variety of extracurricular opportunities to prepare students for the real world following graduation.

When Mike Powell ‘96 graduated with a degree in Mass Communications, not only did he have experience in Student Government as President, Senator, Publicity Chair and UPC Director, he was also involved with a fraternity on campus, held a work study job, and co-founded and played on UM’s first men’s soccer team.

Since graduating from UM, Powell has seen tremendous success, moving up the corporate ladder at Royal Cup Coffee after being hired as a Management Trainee for the Birmingham-based company nearly eighteen years ago.

“The University of Montevallo is a perfect training ground for the real world,” Powell said. “My time there was enriching and my experience in Student Government taught me how to be successful through helping other people.”

After spending fourteen years in the Washington, D.C. area as an Account Executive for Royal Cup, Powell and his wife, Leanne ’94, moved home to Birmingham, where he now serves as Regional Sales Director. Powell also sits on the Board of Directors of the Alabama Restaurant and Hospitality Alliance and the Birmingham Originals—Birmingham’s independent restaurant group.

Upon moving back to the area, Mike and Leanne made it a priority to get involved with their alma mater once again. “I saw this as an opportunity to not only reconnect with fellow alumni, but also give back to my university,” Powell said.

The University of Montevallo has recently announced the public phase of its first-ever comprehensive fundraising campaign, The Campaign for Montevallo: It’s About Family. A main priority of the multi-million fundraising campaign is to develop facilities for learning, living and competing.

One specific area the Powell’s have decided to give to is the program that Mike gave so much time to during his years at Montevallo – men’s soccer. Their gift will assist in updating facilities to allow the program to continue its excellence in recruiting and competing.

Giving back to Montevallo not only allows Mike to support an area he has a passion and love for, but also allows both Mike and Leanne to relive, reconnect, and re-experience their memories from their time at UM.

“College is a fantastic adventure,” said Powell. “Never again will you have so little responsibility with so much freedom.  Montevallo allowed me to grow and develop in a safe environment.  Giving back allows me to say thanks and re-experience my time there.”