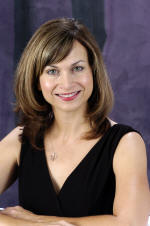 Melanie Williams enjoys an active career performing solo, chamber, opera and choral repertoire.  The lyric soprano earned the MM and the DMA in Vocal Performance at Louisiana State University, where she studied with Metropolitan Opera soprano Martino Arroyo and New York City Opera tenor Robert Grayson. A regional finalist in the Metropolitan Opera National Auditions, and a finalist in the Birmingham Opera and Mobile Opera competitions, Williams’ most notable operatic roles include Papagena in Opera Birmingham’s Die Zauberflöte, Berta in the company’s production of Il Barbiere di Siviglia, and Olympia in Baton Rouge Opera’s Le Contes d’Hoffman.  She has also sung several leading roles in operas by Gian Carlo Menotti with Alabama OperaWorks, including Monica in The Medium, Lucy in The Telephone, and Laetitia in The Old Maid and the Thief.  Other leading roles with the company include “The Girl” in the Jack Beeson opera Hello, Out There, Valerie in the American premiere of the Amy Cheney Beach opera The Cabildo and the title roles in Gustav Holst’s Savitri and the Gilbert and Sullivan operetta Iolanthe.  She was honored to sing “Queen of the Night” with the University of Montevallo Opera Theatre in their 2015 production of Mozart’s The Magic Flute.

Williams has twice traveled to England as soprano soloist for the International Cathedral Music Festival, performing in London, Canterbury and Salisbury.  Concert appearances in the Southeast include engagements with the Mississippi, Arkansas, Alabama and Kingsport Symphonies, as well as solo appearances with the Red Mountain Chamber Orchestra, Colla Voce choral ensemble, and soprano soloist in Carmina Burana with the Jacksonville State University combined choirs and orchestra. As a frequent collaborator with guitarist Alan Goldspiel and a founding member of the LeBaron Trio with clarinetist Lori Ardovino and pianist Laurie Middaugh, Williams enjoys performing solo and chamber music concerts throughout the United States, including concerts in Los Angeles, CA, Flagstaff, AZ, Santa Fe, NM, Boston, MA, and Seaside, FL.  She is also a founding member of The Meàllo Trio, along with Lori Ardovino and Alan Goldspiel. Works by contemporary American composers is a particular focus of her solo recital repertoire, along with standard art song and operatic repertoire in Italian, German, French, English and Spanish.

Research interests include vocal pedagogy and voice science, particularly in two areas: exploring effective concurrent applications of the historical treatises and vocal methods with technological tools of the current age of voice science in developing both technical and artistic excellence, and, secondly, cultivating awareness and dialogue among voice teachers, speech language pathologists, vocal students, and physicians to promote vocal hygiene and awareness of appropriate medical protocols for vocally injured singers. Additional performance related research is primarily in the areas of contemporary American music, and particularly of Southern and women composers, and in the exploration of body awareness and movement, including The Alexander Technique, Pilates, yoga, aerobic exercise and weight training, as a means of achieving optimum whole-body integration and support for singing.

Williams is professor of music at the University of Montevallo, where she teaches Applied Voice, Vocal Pedagogy, and English and French Diction courses. Having served as governor of the Alabama Chapter of the National Association of Teachers of Singing from 2005 to 2008, she is past-Governor of the NATS Southeastern Region and former member of the NATS National Board of Directors. Other professional honoraries include Phi Kappa Phi and Mu Phi Epsilon. She and husband, Mark, reside in Birmingham, Ala. with their children, Anna Katherine and John Mark.