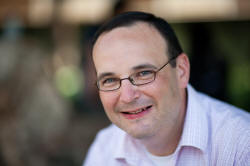 Joseph Sargent is Assistant Professor at the University of Montevallo, where he teaches the music history sequence for majors as well as courses in world music, jazz, and advanced seminars. He received the Distinguished Teacher Award from the College of Fine Arts for the 2014-15 academic year.

Dr. Sargent’s research focuses on Magnificats and other sacred music in early modern Spain and England, as well as modern English cathedral music. His critical edition of music by the English composer Nathaniel Giles is forthcoming in The British Academy’s Early English Church Music series. Book chapters on Magnificats appear in Treasures of the Golden Age (Pendragon, 2012); Senfl-Studien 2 (Hans Schneider, 2013); and Maria “inter confessiones”: The Magnificat in the Early Modern Age (Brepols, 2017). Other articles and reviews appear or are forthcoming in Early Music History, The Musical Times, American Choral Review, Sacred Music, NOTES: Journal of the Music Library Association, Fontes Artis Musicae, Grove Music Online, and A-R Editions, Inc.’s Online Music Anthology. Conference presentations include local and national meetings of the American Musicological Society as well as the Medieval-Renaissance Music Conference, the International Congress on Medieval Studies in Kalamazoo, the Renaissance Society of America, and the Conference on Music in Nineteenth-Century Britain. Dr. Sargent was a Fulbright Scholar in Spain, and his research has been further supported by grants from the University of Montevallo, the Andrew W. Mellon Foundation, and the A.A. Heckman Fund.

Also active as a professional musician, Dr. Sargent has directed early music ensembles at Montevallo and throughout the San Francisco Bay Area. He has performed and recorded with premier choral ensembles in wide-ranging repertory and currently sings with Highland Consort, Birmingham’s newest early music choral group. As a bassoonist he performs with the faculty/staff Vallo Wind Quintet and other ensembles.

Dr. Sargent received a B.A. in music and psychology from the University of Rochester and an M.A. and Ph.D. in musicology and humanities from Stanford University, with a dissertation on the Magnificat in Renaissance Spain. He holds memberships in numerous professional organizations and serves as Secretary-Treasurer of the Southern Chapter of the American Musicological Society.