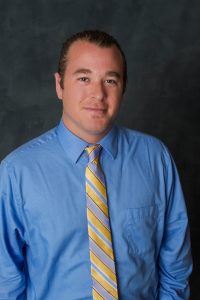 A UM alumnus, Daniel Vest now teaches Audio Engineering and Video Engineering and also serves the Operations Manager for Strong Hall. While at UM, Daniel learned an appreciation and passion for engineering principles and practices while under the tutelage of former UM Mass Comm Professor, Dr. John Hoerner.

After graduating from UM, Daniel went on to do freelance television work for various networks like Fox Sports, ESPN, SEC Network, NBC Universal Sports, and Showtime Sports. He also supplemented that work with a full-time media producing job at WAXC-TV 3/10 and WKGA 97.5FM in Alexander City. With that station, Daniel worked in radio for over a decade.

In addition to being certified as an Extron A/V Associate specializing in Audio/Visual application and IP networking basics, he has also received a Level 2 certification from Audinate’s Dante Audio-over-IP program.

Daniel lives in Shelby County and has a son.