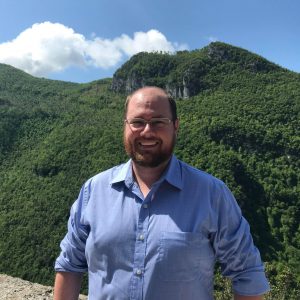 Dr. Lytle specializes in teaching courses in applied mathematics, such as Differential Equations and Numerical Analysis as well as courses in Real and Complex Analysis.  While at the University of Kentucky, he was awarded the College of Arts & Sciences Certificate for Outstanding Teaching.

Dr. Lytle’s primary research interests are in applied mathematics, specifically in the area of inverse problems.  His doctoral work focused on the interplay between analytical and numerical approaches to the inverse conductivity problem.  He is also developing an interest in mathematical biology, varying from epidemiological models to discrete dynamical systems in gene regulation models.

Outside of math, Dr. Lytle and his wife M.E. are members of Ecco, a semi-professional choir whose recent performances include St. Peter’s Basilica and the Basilica of St. Ignatius in Rome, Italy.