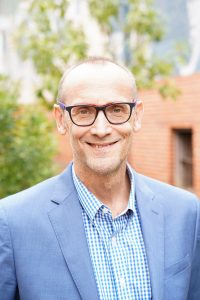 Dr. Clark Hultquist is professor of History and Interim Chair of the Department of Behavioral and Social Sciences. He earned his B.A. from the University of Cincinnati and his M.A. and Ph.D. in history from Ohio State University.

Dr. Hultquist joined the Department of Behavioral and Social Sciences at the University of Montevallo in 1997.  Since then he has taught a wide variety of courses including World Civilizations, The French Revolution and Napoleon, Modern Europe, Europe 1914-1945, Modern Japan, Introduction to Historical Study, France Since Napoleon, French History through Film, History of Global Capitalism and the Environment, the Holocaust, and Advertising, Consumer Culture, and the Environment. The University of Montevallo has awarded Hultquist four teaching awards:  the Honors Faculty Award, the Graduate Teaching Award, the National Alumni Association Outstanding Commitment to Teaching Award, and the College of Arts and Sciences Annual Teaching Award. He served as chair of the Department of Behavioral and Social Sciences from 2010 to 2012 and currently serves as Interim Chair.

Dr. Hultquist’s research specializes in the history of the French advertising profession and the rise of consumer culture.  He has published several articles and essays on this subject that have appeared in The Encyclopedia of Advertising, Enterprise and Society, Lingua Romana,The Conference on Historical Analysis & Research in Marketing, and Essays in Economic and Business History.  Along with Carey Heatherly of UM’s Carmichael Library, he co-authored the book Montevallo in 2011.