During the annual Founders’ Day celebration, the University of Montevallo recognizes one faculty member who has shown exemplary strides in creativity, research and scholarship. This year, Dr. Jason Newell, professor and director of the social work program, was formally honored with the distinction of University Scholar during UM’s 122nd Founders’ Day on Oct. 11.   “Jason is a […] 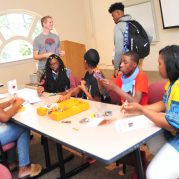 The United States Department of Education has awarded the University of Montevallo a seven-year, $25 million Gaining Early Awareness and Readiness for Undergraduate Programs (GEAR UP) grant. PARTNERING SCHOOLS The University will be partnering with five school systems in Jefferson County to serve a cohort of approximately 4,500 students from the following school systems: Bessemer […] 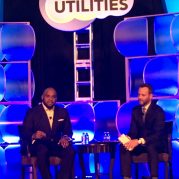 The theme for Founders’ Day this year focused on the connections that form through our traditions and friendships while at the University of Montevallo. These traditions reflect our ideals, our priorities and our sense of belonging to create connections that begin on these bricks, but reach far beyond these gates.  To demonstrate this theme, alumni Willie […] 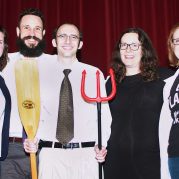 The 21st annual Life Raft Debate panelists will be: Courtney Bentley—Curriculum and Teaching Alex Beringer—English Emily Gill—Theatre Laura McMillian—Art Scott Turner—Political Science Emcee—Scott Varagona (not eligible for votes this time!) The event sponsored by the Philosophy Club, will be held on Oct. 11 at 7 p.m. in Palmer Auditorium. In the debate, the University imagines […] 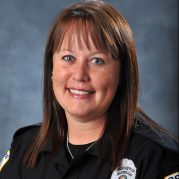 Officer Jill Sanders, of Calera, has been recognized as the University of Montevallo Police Department’s Officer of the Year for 2018. Sanders joined the UMPD in March 2011 and has since spent the majority of her time working the night shift. As of late, she has been called on to cover extra shifts due to […] 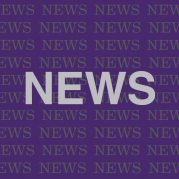 Tori Irvin, a University of Montevallo student from Verbena, began her role as president of the UM Student Government Association this semester.     Irvin is a senior majoring in speech language pathology. During her time at UM, she has held several positions on SGA, including vice president, executive secretary and member of Freshman Forum.  Her other activities at Montevallo include membership in Alpha Delta Pi sorority, where Irvin […]

Mary Light, a University of Montevallo student from Enterprise, began her role as student trustee for the UM Student Government Association this semester.    Light is a senior, double majoring in communication studies and political science. During her time at UM, she has held several positions on SGA, including fine arts senator and sophomore senator.   Her other activities at Montevallo include Chi Omega, where Light currently serves as new member educator. Light is […]

Olivia Eldridge, a University of Montevallo student from Dothan, became vice president of the UM Student Government Association this semester.     Eldridge is a junior chemistry major and an active participant in campus life at UM. Beyond SGA, Eldridge is involved with the Pre-Health Professions Society and Montevallo Civitan Club. She also works as a Montevallo Maven, providing campus tours to […]

Alex Weldon, a University of Montevallo student from Sterrett, recently began the position of treasurer of the UM Student Government Association.     Weldon is a senior, double majoring in biology and chemistry. As treasurer, Weldon will be responsible for handling day-to-day SGA finances, as well as delegation of funds to clubs and organizations on campus.  Weldon’s other activities at Montevallo include membership in Phi […] 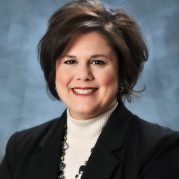 Dahle recognized in 2018 Women to Watch

Dr. Tammi Dahle, vice president for enrollment and student affairs at the University of Montevallo was recognized among the 2018 Women to Watch at the Birmingham Business Journal’s Women’s Summit on Friday, Sept 21. In her role at UM, Dahle oversees more than 65 staff members in 11 University departments and is responsible for all strategic initiatives related to […] 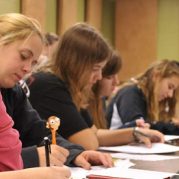 Students from Dr. Amiee Mellon’s Marketing Communications class will present bite-sized presentations relevant to small businesses and nonprofits within Shelby County on Thursday, Oct. 4, from 12:30 to 1:45 p.m. in Humanities Hall Auditorium. The presentations will be followed by a short Q&A session. UM campus and community members are welcome to attend.  Agenda 12:30-12:40 […] 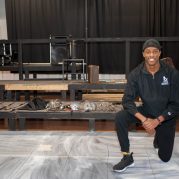 For most of July, UM musical theatre major Terrance Boykin wasn’t himself. In fact, he was often five different people: a guard, a beggar, the Duke of Buckingham, another guard named Debris and a man named Rochefort, a henchman of the evil Cardinal Richelieu. To clarify, Boykin performed as these characters in the Birmingham Children’s […] 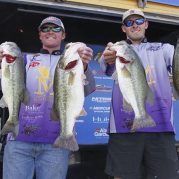 UM students Justin Barnes and Adam Caroll are ranked #1 for Bass Rankings’ 2-Year College Team Rankings. The 2-Year Team Rankings measure a team’s performance over the past two years with a six-tournament minimum and include ACA, BASS, FLW, and independent school opens, invitationals or qualifiers. The criteria demonstrate which programs are the most consistent […] 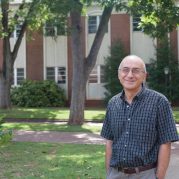 If you took classes in the Stephens College of Business within the last decade, there’s a high probability you’ve experienced firsthand the warm personality and engaged teaching of Dr. Alexander Mechitov. Thanks to his diverse academic background, Mechitov offers classes in three different business areas: management information systems, quantitative methods and international management classes. In […] 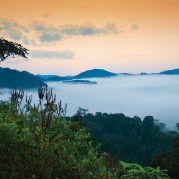 Your home: Kigali, Rwanda Your hometown: Mobile, Alabama Tell us about your family. I am married to a Spaniard named Juan Gonzalez and we have two little girls — Gloria (age 8) and Maria del Mar (age 5). Tell us about your educational foundation. I have a B.S. in biology from UM. I am also […] 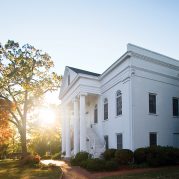 The University of Montevallo continues to receive high accolades in the “Best Colleges,” rankings published by U.S. News & World Report. According to rankings for the 2019 edition, released Sept. 10, Montevallo has retained the top spot among public regional universities in Alabama, a distinction it has held for ten years. MOST INNOVATIVE SCHOOLS The […] 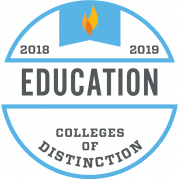 Colleges of Distinction honors University of Montevallo College of Education

Colleges of Distinction has spent nearly two decades advocating for institutions that prioritize the overall undergraduate experience. Its unique selection process evaluates each school holistically, going beyond typical rankings lists to acknowledge the everyday opportunities for students to engage actively with their peers, professors and respective areas of study. As a trusted, one-of-a-kind resource, Colleges […] 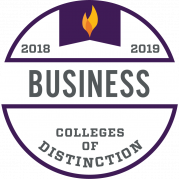 Colleges of Distinction has spent nearly two decades advocating for institutions that prioritize the overall undergraduate experience. Its unique selection process evaluates each school holistically, going beyond typical rankings lists to acknowledge the everyday opportunities for students to engage actively with their peers, professors and respective areas of study. As a trusted, one-of-a-kind resource, Colleges […] 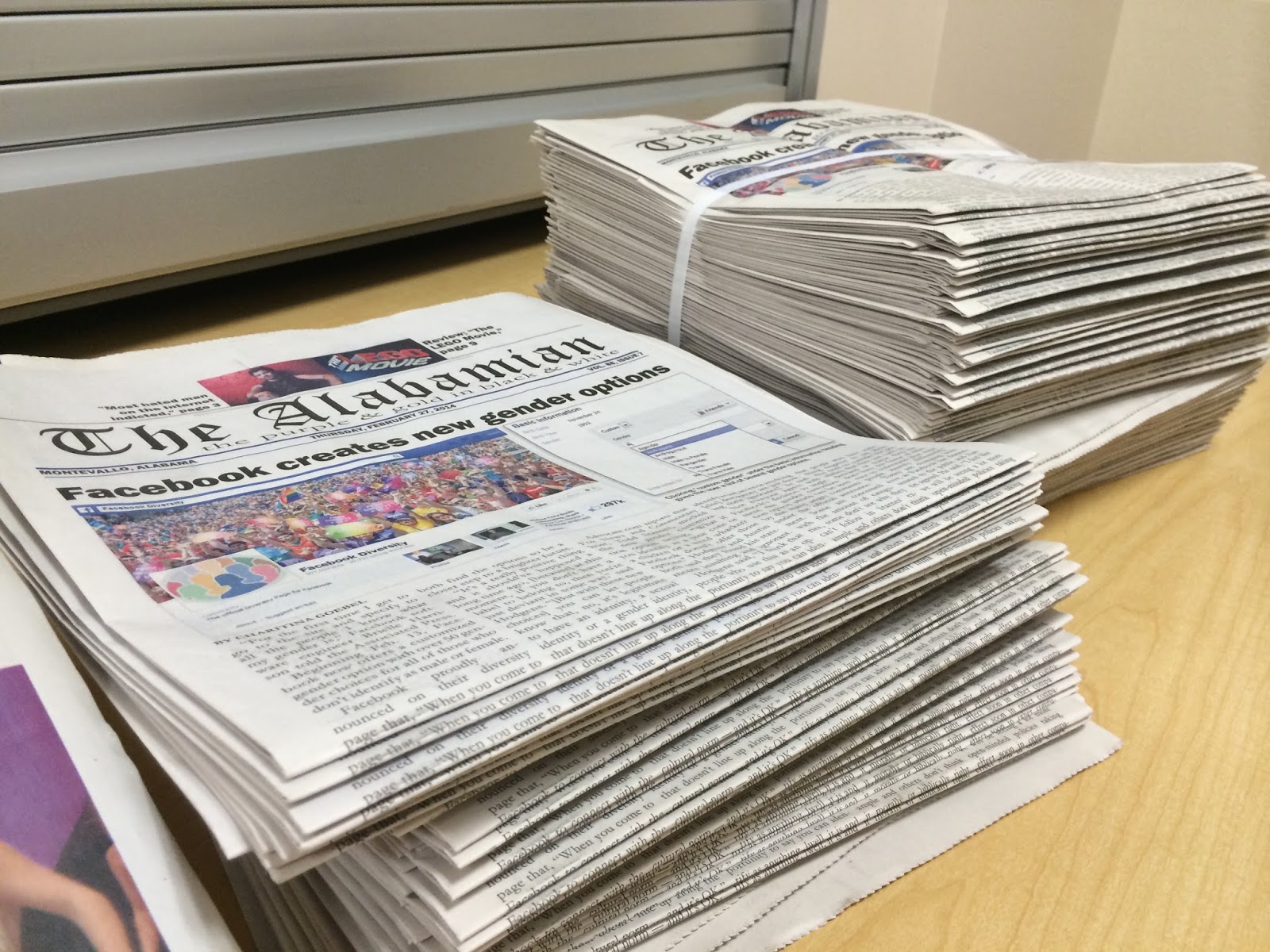