The African American Studies Club is designed for all students interested in learning more about African American History. Through a variety of activities including lectures, panel discussions, field trips and other projects, this club offers students the opportunity to not only exploring the contributions of African Americans in the United States, but also a space for discussing contemporary issues while exploring possible solutions to these issues.

The Black Heritage Committee is comprised of faculty, staff, and students for the purpose of enhancing the understanding and appreciation of the contributions made by African-Americans to American and World civilizations by developing programs, seminars, and workshops for the University community.

The Korean Culture Club aims to educate and immerse Montevallo students in the customs, language, and ideas of South Korea. We will focus on food and popular culture in order to emphasize the idea that North American life is not supremely different from North Korea’s. We want Montevallo to learn that Korea is not significant just because of a war.

The fraternity initially served as a study and support group for minority students who faced racial prejudice, both educationally and socially, at Cornell. The Jewel founders and early leaders of the fraternity succeeded in laying a firm foundation for Alpha Phi Alpha’s principles of scholarship, fellowship, good character, and the uplifting of humanity.

Alpha Phi Alpha chapters were developed at other colleges and universities, many of them historically black institutions, soon after the founding at Cornell. While continuing to stress academic excellence among its members, Alpha also recognized the need to help correct the educational, economic, political, and social injustices faced by African-Americans.

Delta Sigma Theta Sorority was founded on January 13, 1913, by 22 collegiate women at Howard University. These students wanted to use their collective strength to promote academic excellence and to provide assistance to persons in need.

Twelve visionary women chartered the Nu Omicron Chapter of Delta Sigma Theta Sorority, Inc. on April 9, 1977, on the campus of the University of Montevallo.  It was the first African-American organization to be established on campus.

The ladies of this chapter pride themselves on their sincere commitment and devotion to the national objectives of the sorority. Through innovative programs, continuous community service, and scholastic achievements, the Nu Omicron Chapter has continued the legacy of upholding the stature and prestige of their founders and charter members. On campus and in the surrounding community, the past and present members have shown their dedication to service, scholarship, and sisterhood.

It was the vision of these astute men that enabled them, in the school year 1910-11, more specifically the night of January 5, 1911, on the campus of Indiana University at Bloomington, Indiana, to sow the seed of a fraternal tree whose fruit is available to, and now enjoyed by, college men everywhere, regardless of their color, religion or national origin. It is a fact of which KAPPA ALPHA PSI is justly proud that the Constitution has never contained any clause which either excluded or suggested the exclusion of a man from membership merely because of his color, creed, or national origin. The Constitution of KAPPA ALPHA PSI is predicated upon, and dedicated to, the principles of achievement through a truly democratic fraternity.

Chartered and incorporated originally under the laws of the State of Indiana as Kappa Alpha Nu on May 15, 1911, the name was changed to KAPPA ALPHA PSI on a resolution offered and adopted at the Grand Chapter in December 1914. This change became effective April 15, 1915, on a proclamation by the then Grand Polemarch, Elder Watson Diggs. Thus, the name acquired a distinctive Greek letter symbol and KAPPA ALPHA PSI thereby became a Greek letter fraternity in every sense of the designation.

Founded January 16, 1920, Zeta began as an idea conceived by five coeds at Howard University in Washington, D.C.: Arizona Cleaver, Myrtle Tyler, Viola Tyler, Fannie Pettie and Pearl Neal. These five women, also known as our Five Pearls, dared to depart from the traditional coalitions for black women and sought to establish a new organization predicated on the precepts of Scholarship, Service, Sisterly Love and Finer Womanhood. It was the ideal of the Founders that the sorority would reach college women in all parts of the country who were sorority-minded and desired to follow the founding principles of the organization. Founder Viola Tyler was oft quoted to say “[In the ideal collegiate situation] there is a Zeta in a girl regardless of race, creed, or color, who has high standards and principles, a good scholarly average and an active interest in all things that she undertakes to accomplish.”

Since its inception, the sorority has chronicled a number of firsts. Zeta Phi Beta was the first Greek-letter organization to charter a chapter in Africa (1948); to form adult and youth auxiliary groups; to centralize its operations in a national headquarters; and to be constitutionally bound to a fraternity, Phi Beta Sigma Fraternity, Inc.

Zeta’s national and local programs include endowment of its National Educational Foundation, community outreach services and support of multiple affiliate organizations. Zeta chapters and auxiliary groups have given many hours of voluntary service to educate the public, assist youth, provide scholarships, support organized charities and promote legislation for social and civic change.

The Tau Pi Chapter here at the University of Montevallo was chartered November 9, 1998. Since then, we have been devoted to our community. Some of the signatures that are sponsored by our chapter here on campus are Zeta Night at the Apollo, the annual Greek Unity Step Show, monthly Z-Hope programs, and the Adopt a Freshman Program just to name a few.

Safe Zone provides a visible network of allies for LGBT+ and other individuals seeking information and assistance regarding sexual orientation, gender identity, harassment, and/or discrimination. The Safe Zone program aims to increase awareness, knowledge, and sensitivity about important issues affecting LGBT+ students, faculty, and staff to foster a safe, welcoming climate at the University of Montevallo. Our guiding assumptions are that all learning and work environments should be safe and free of sex- and gender-based discrimination, prejudice, and harassment; further, the environment should be one in which every student and employee is free to thrive on an academic, professional, and personal level based on respect and dignity. We believe it possible to adhere to individual moral and ethical perspectives and religious beliefs while behaving respectfully to all people. The Safe Zone committee sends a message that sexual orientations and gender presentations are part of our culture and are acknowledged and supported.

The purpose of Spectrum is to provide programs and services to address the unique needs of the lesbian, gay, bisexual, transgender (LGBT) community of the University of Montevallo and to increase the awareness and understanding of issues pertinent to our members and the college community as a whole.

Disability Support Services (DSS) seeks to assist students with disabilities as they participate in the “Montevallo experience”. We define this as a nurturing, life-enriching, “small college” public higher education experience, with an emphasis on quality, diversity, global awareness and social justice. DSS realizes this mission in the following ways:

The University of Montevallo is committed to making its programs, services and activities accessible for all persons with disabilities. The following information is provided so that concerns or accommodation requests may be promptly addressed by the appropriate officials. The University seeks full compliance with Section 504 of the Rehabilitation Act of 1973, the Americans with Disabilities Act of 1990 and the ADA Amendments Act of 2008.

For additional information on programs and events, please contact: 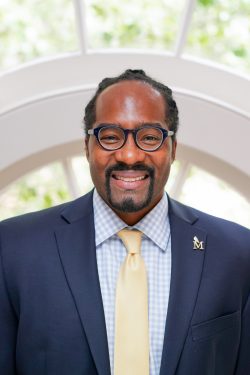